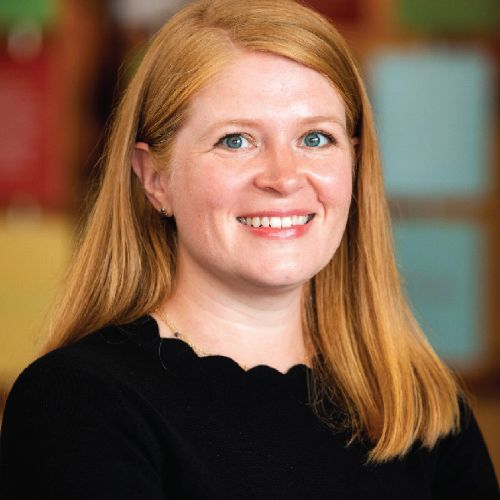 As Senior Program Associate, Shellie Grooms uses her strong belief in the value of relationships to engage with educators and other helpers of children and families around the practices and ideas of Fred Rogers. Through the projects and initiatives of the Fred Rogers Institute, Shellie uses her experience as an educator and helper to support others. Prior to her work at the Fred Rogers Institute, Shellie worked for Pittsburgh Public Schools Early Childhood program, first as an Early Head Start teacher working specifically with teen parents and their young children, and, most recently, as a Pre K teacher at Pittsburgh Beechwood. She received an M.Ed. in Early Childhood Education from California University of Pennsylvania, where she also received her B.S. in Elementary and Early Childhood Education. Additionally, Shellie received her English as a Second Language certificate from Point Park University and was a participant in the second cohort of Educators’ Neighborhood at the Fred Rogers Institute. Shellie is an animal lover and enjoys spending her downtime with her husband and their pets (who she is only slightly obsessed with). She also loves baking, reading, traveling and spending time with her friends.

Engage with our Initiatives

Learn about the programs and initiatives we offer for educators, caregivers, and others who work in the service of children.