Wynton Marsalis is just as excited to meet Mister Rogers as Fred is to hear his music. Marsalis is a young musician who has already achieved fame. Mister Rogers asks Marsalis for advice for young children who want to learn to play the trumpet. Marsalis talks about how difficult it was for him to practice when he was a young child, but his piano-playing father was a great influence on him. He demonstrates the trumpet by playing happy and sad tunes. Mister Rogers’ television musicians then join in on the fun. They play “It’s You I Like” followed by some blues.

Mister Rogers enjoys hearing each instrument perform a solo, and mentions that the blues they were playing was all improvisation. He says it is a way for musicians to talk to each other. A few years later, in 1990, Fred invited the entire Marsalis family to the Neighborhood. 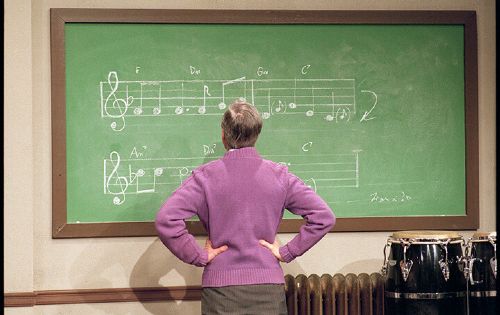 Mister Rogers is standing in Negri's Music Shop, studying music notes written on the chalkboard. He is in the studio section of the Shop where visitors would come for music lessons or to perform for Mister Rogers. 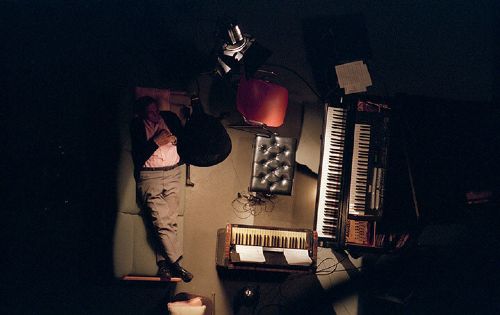 Johnny Costa provided the piano music for Mister Rogers' Neighborhood. He was the music director until his death in 1996. He and Fred were great friends and bonded over their music practice. 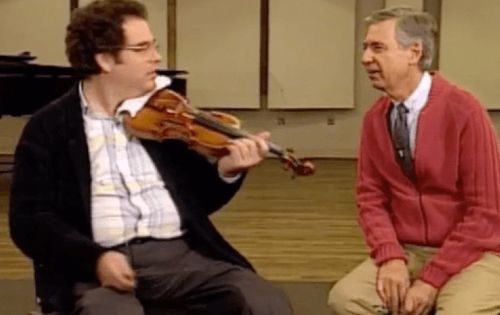 Itzhak Perlman lets Mister Rogers look carefully at his violin. Mister Rogers asks him to play "Yankee Doodle." Perlman tells how difficult it is to even produce a sound on the violin when you first start playing.