In this speech Fred Rogers mentions Helen Ross, one of his mentors. She consulted with Fred on his projects beyond the production of Mister Rogers’ Neighborhood. Helen was an educator who had studied psychoanalysis with Anna Freud. Helen supported Fred’s work because she understood the value of teaching through television. Fred felt that Helen accepted him just as he was.

He visited her before her death and told the story of their last meeting in many of his speeches. He quoted Helen as saying, “That’s what it’s about, isn’t it? Love is what it’s all about.” 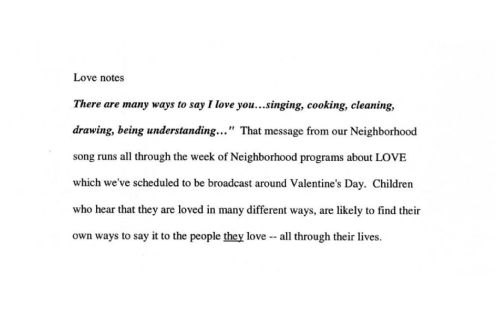 Fred Rogers helped children to learn that they are lovable and capable of loving. He believed that love is the basis of learning, and this article focuses on the connection between love and learning how to write. He comments on the power of the written word—even if children cannot yet read what you've written to them. 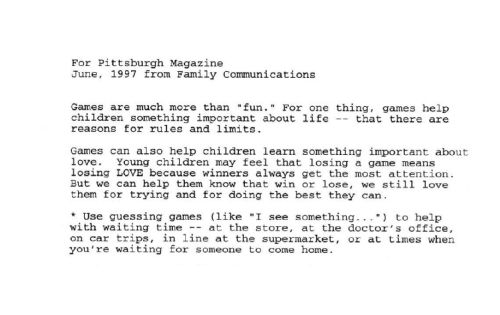 Children may become anxious and stressed when they are faced with winning and losing. Thus, Fred Rogers devoted a week of the Neighborhood to "Games." Children need reassurance that they will always be loved, no matter the outcome of the game they are playing. 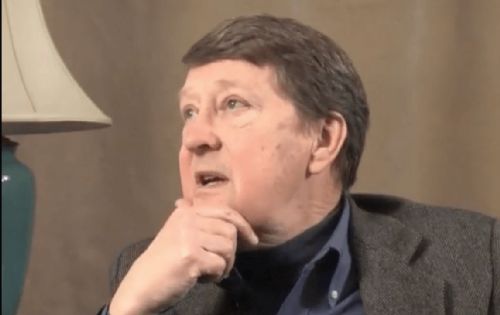 Sam Newbury, initially a producer for Mister Rogers' Neighborhood, went on to work on some of Fred's projects beyond the television program, including professional development and educational materials.