Margy Whitmer was the producer of Mister Rogers’ Neighborhood and worked closely with Fred starting in the early 1980s. In this oral history clip she tells about the public service announcements Fred filmed during difficult times. She explains why he felt the need to produce public service announcements about the Gulf War, September 11, and the first anniversary of September 11. She says their goal was to help children and parents deal with difficult things in the news.

Although these public service announcements are no longer aired, people still use Fred to help them through trying times. Fred’s “look for the helpers” quote circulates the internet whenever we are in need of comfort and reassurance that someone will always be there to care for us. 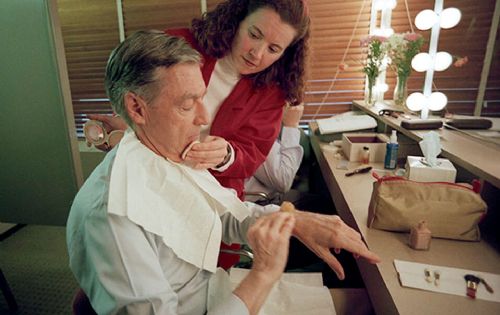 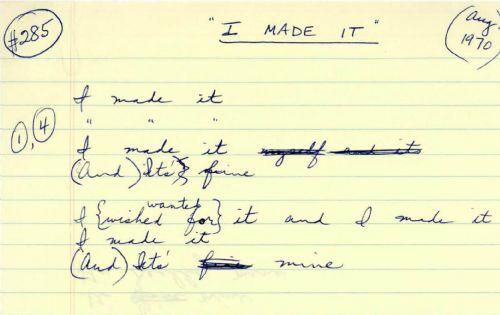 The episode that Fred intended this song for is about building things by hand. Mister Rogers puts together a go-cart and Bob Trow shows a pulley system. Mister Rogers talks about wanting something that his parents couldn't buy him, so he made it instead. 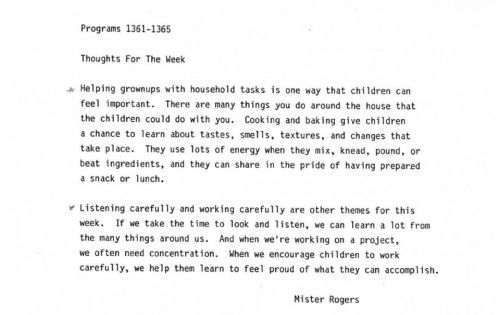 Fred Rogers wrote these tips for parents on how children can learn about being helpers. The emphases on cooking and working towards a goal relate to a particular week of Mister Rogers' Neighborhood episodes. Mister Rogers bakes waffles with a few Neighborhood friends.