Mister Rogers talks to his viewers about divorce. He says that even though it is an adult issue, it is an important matter that everyone can talk about. Mister Rogers pretends that the king, queen, and prince are having a picnic. In the park, the king and queen have a number of disagreements. A mother and daughter arrive and Prince Tuesday goes off to play with the little girl, who explains that her mother and father are divorced. The prince becomes concerned because his parents have been arguing more than usual.

In another segment of make-believe, Prince Tuesday wishes he could be a machine so he wouldn’t have to deal with his negative feelings. Fred decided to talk about divorce on his television program because he realized that all children are confronted with it in one way or another. 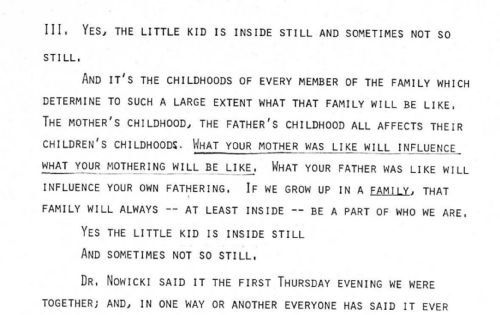 One of Fred Rogers' famous quotes is, "The child is in me still—and sometimes not so still." Our childhoods—our pasts—are part of us. Fred called himself an "emotional archaeologist" because he was interested in the origins of people's reactions to all types of situations. 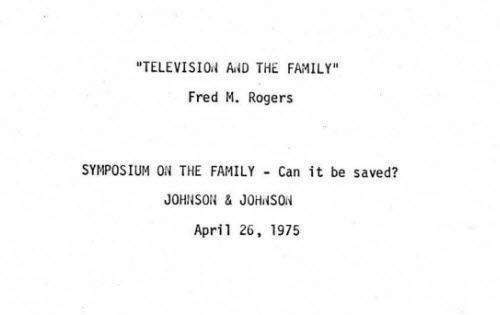 Television and the Family

Fred Rogers appreciated the great role he had of being a television host that was with families five days a week. He took his work seriously and always insisted on the best for children. In 1975, Fred participated in a symposium sponsored by Johnson & Johnson. 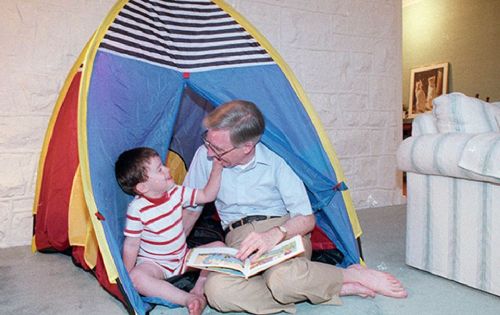 Alexander Rogers was one of Fred Rogers' favorite people. Fred was elated to become a grandfather and found that role to be one of life's greatest gifts. This photo shows Fred and Alexander interacting while reading a book. Fred often spoke about his pleasant memories of his parents reading to him when he was a child.