Andre Watts plays the first piece of music he learned on the piano. Watts describes how playing the piano when he is sad helps him to feel better, physically and mentally. Mister Rogers wonders if Watts ever made mistakes while he was learning. Watts says he still makes mistakes all the time; it is just part of being a human being. He says that you can learn from mistakes by thinking about them and wondering why you made them. In that way, mistakes can be positive learning experiences.

Fred enjoyed his visit with Watts so much that he often played the segment when he was delivering speeches to adult audiences. Although he did not appear on the program again, Watts honored Fred in 2004 by playing a concert for the Fred Rogers Center. 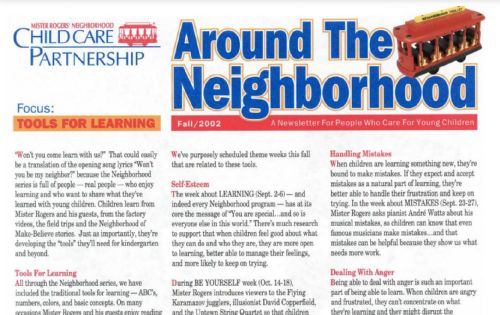 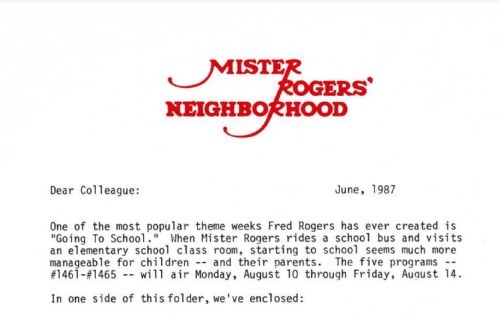 Going to school may be a child's first great transition in life. Because school is something that impacts all children, Fred Rogers devoted a week of Neighborhood episodes to the topic. This packet of materials was sent out to PBS stations to publicize the week of programs. 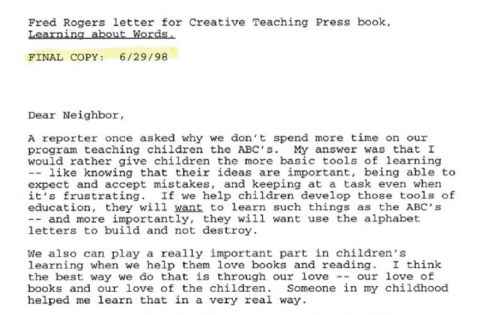 When Fred Rogers would write or speak about books and reading, he always mentioned his childhood librarian, "Aunt" Sara McComb. Fred learned to love reading at a young age because Aunt Sara shared her appreciation of books with the children at the library.